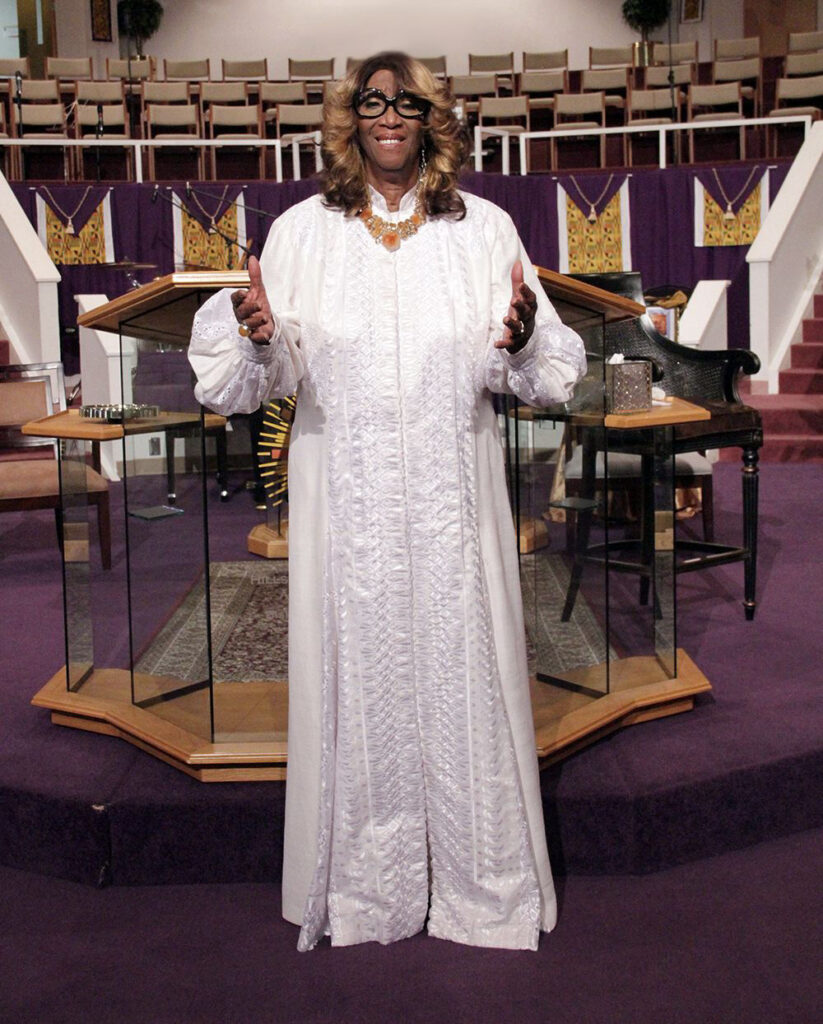 Affectionately called "Dr. Barbara," is the Founder of Hillside International Truth Center, Inc., a New Thought, inclusive, healing ministry open to all people, headquartered in Atlanta, Georgia. Hillside began with a prayer group of twelve in Dr. Barbara’s home in 1971 and now has thousands of members and supporters worldwide.

Dr. Barbara is a native of Houston, Texas. She has a B.A. in sociology from Texas Southern University and a Master of Social Work (MSW) degree from Atlanta University. With a continued belief in lifelong learning, Dr. Barbara received her Doctor of Ministry degree from the Ecumenical Theological Seminary of Detroit, Michigan on June 2, 2012 at the age of 81. She was also the recipient of several honorary doctoral degrees.

She began following her dream of becoming a minister as the program administrator at Christ Universal Temple (Chicago) under her spiritual mentor, Reverend Dr. Johnnie Colemon. She is an ordained minister, a professionally trained social work administrator, has served as Dean of Community Relations at Malcolm X College in Chicago, and was a college instructor as well as Dean of Students at Spelman College in Atlanta. Dr. Barbara was the first non-psychiatrist director of the Emory Mental Health Center which was headquartered in the Southside Comprehensive Health Center in Atlanta.

Dr. Barbara has authored ten books and monographs, including the widely acclaimed Transform Your Life. She is also a major contributor to A New Thought for A New Millenium and Wake Up … Live the Life You Love in Spirit. Her most recent publications (2015) are In Me, As Me: Ten Principles for Finding the Divine Within and Leave With Love: A Spiritual Guide to Succession Planning. In 2016, a revised and expanded edition of Transform Your Life with exercises at the end of each chapter was released. She has also written several magazine articles and essays.

Dr. Barbara hosted her own television program, "A New Thought, A New Life," and has appeared as a guest on shows produced by Oprah Winfrey and Tavis Smiley. She has been called upon to offer commentary on national news programs, given guidance and counsel to heads of state, and participated in White House conferences and consultation with U.S. Presidents Carter and Clinton.

Throughout her professional life, she has received numerous honors, awards and recognition. In the New Thought movement, she was awarded the three highest honors—The International New Thought Alliance (INTA) Life Achievement Award; the Ernest Holmes Religious Science Award; and Unity’s The Light of God Expressing Award. Following are examples from recent years. In 2001 Dr. Barbara received the highest honor ever bestowed upon a woman when she was enstooled as the first female chief at Assin Nsuta, Ghana, West Africa of the Ashante tribe. Her stool name is Nana Yaa Twumwaa 1. In honor and recognition of nearly 50 years of service to thousands at Hillside and throughout the world, the International College of Bishops assembled and consecrated Dr. Barbara to the sacred office of Bishop on September 26, 2010. She made history as the first New Thought minister to receive that honor.

Dr. Barbara’s 2018 interview for “History Makers” is in the permanent collection at the Library of Congress and has been added to the “History Makers” digital archives, a unique resource used in 51 countries worldwide. In 2018, she donated her personal collection to the Auburn Avenue Research Library on African American Culture and History (Atlanta) which is used by researchers from around the world. The collection includes her writings, photographs, awards and memorabilia.

One of the foremost spiritual leaders of the 21st century, she has traveled and spoken around the world. Following are some recent engagements. In July 2011, Dr. Barbara spoke before 50,000 people representing over 151 countries at the World Culture Festival of the Art of Living Foundation as they celebrated their 30th Year at the Olympic Stadium in Berlin, Germany. This was a global program viewed by millions via webcast and live telecast. In February 2012, she delivered the culminating address at the International Women's Conference in Bangalore, India to over 1,000 women who had gathered from various countries around the globe. Dr. Barbara, along with other New Thought ministers, spoke at the 2009 Parliament of the World’s Religions in Melbourne, Australia. She was a featured speaker during the Women’s Initiative for Global Advancement at the 2015 Parliament of the World’s Religions in Salt Lake City, Utah, attended by over 3,000 women from around the world.

When asked how she would like to be remembered, Dr. Barbara said: “For my personal commitment to touch someone’s life and help them to see their very special talent to be given to the world as only they can do.”